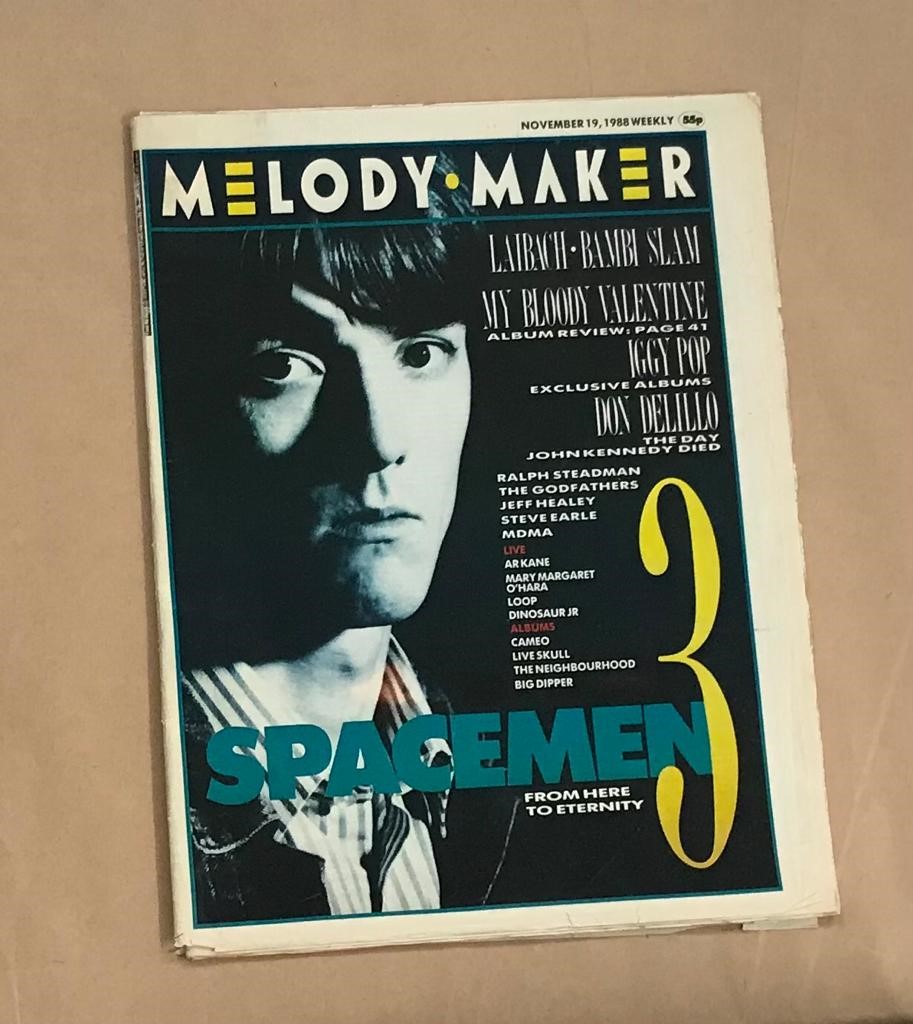 Spacemen 3 were a Rugby band who regularly played gigs in and around the town in the mid-80s. I kept this copy of Melody Maker in its entirety, mainly because it was the first time the band had been on the front cover of the national music press, and partly because I thought it would be good to keep this event in context, regarding other bands that were making the news at the time.

By November 1988, Spacemen 3 had already released 4 singles and 3 albums, without a huge amount of media attention. For the few who could see how inspired their 'Ground Zero' approach to music was, and its potential for influence not just nationally but internationally, it seemed the London-centric music press were either sleeping on the job, or dismissive of anything that wasn't from in or around London. With this cover spread, it felt as if the press (and the world) were finally waking up.

In collection(s): Every Object Tells a Story