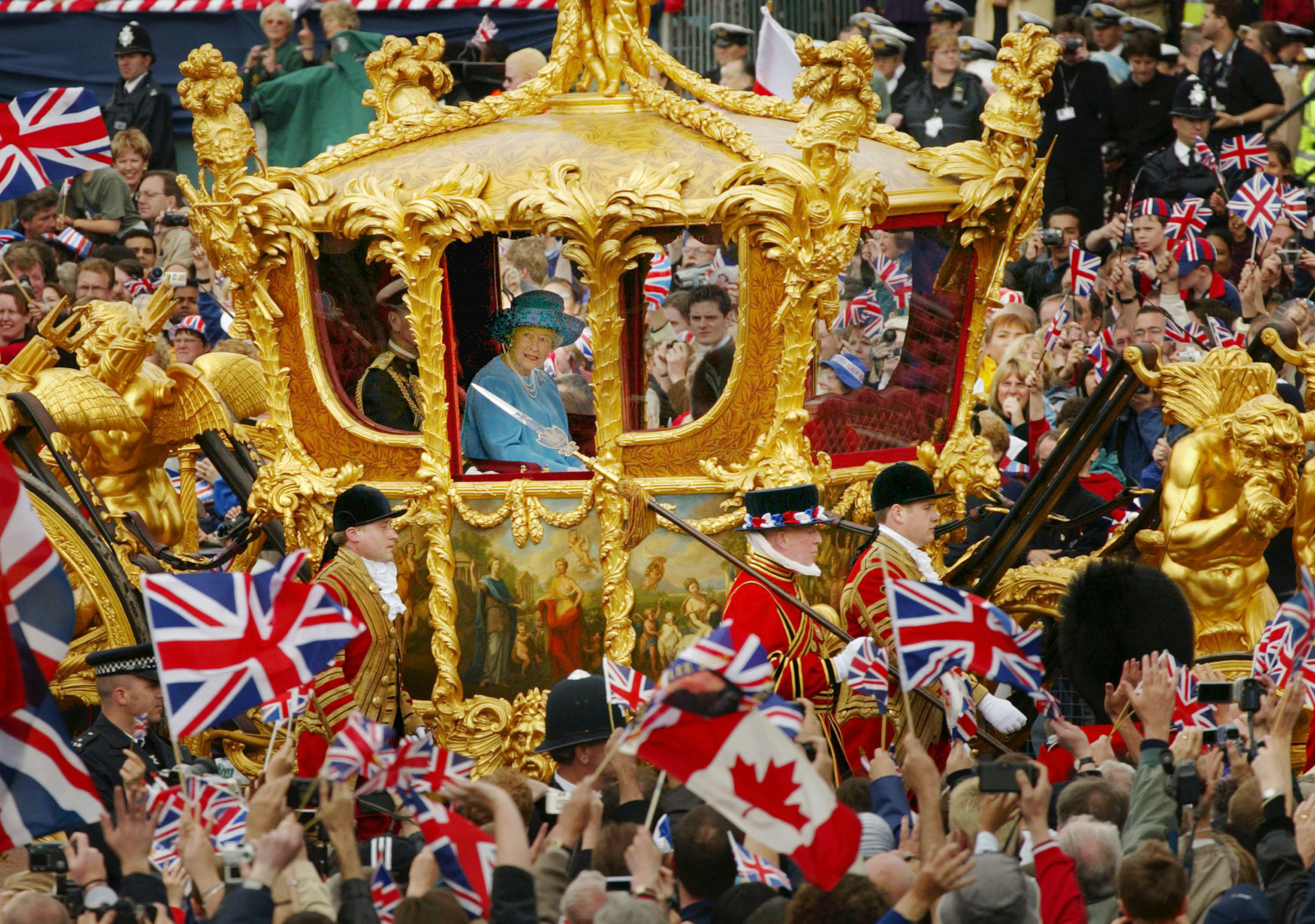 This is a photograph of the Queen and the Duke of Edinburgh on the final day of her Golden Jubilee celebrations in 2002. They travelled from Buckingham Palace in the 18th century Gold State Coach made for King George III, a coach that hasn’t been used ceremonially since that day. Many people had camped out along the route to catch a glimpse of her - they cheered and proudly waved their flags to show their respect and admiration. Her destination was St Paul’s Cathedral for the Thanksgiving Service, where the Royal Family, religious leaders and politicians - listened and participated in hymns, readings and prayers of thanks for her life of service. Afterwards, the Queen travelled to a dinner at The Guildhall where she in turn gave her thanks to her people, saying “Gratitude, respect and pride, these words sum up how I feel about the people of this country”.

Looking at her gazing out of the carriage window, what do you think she is thinking about?