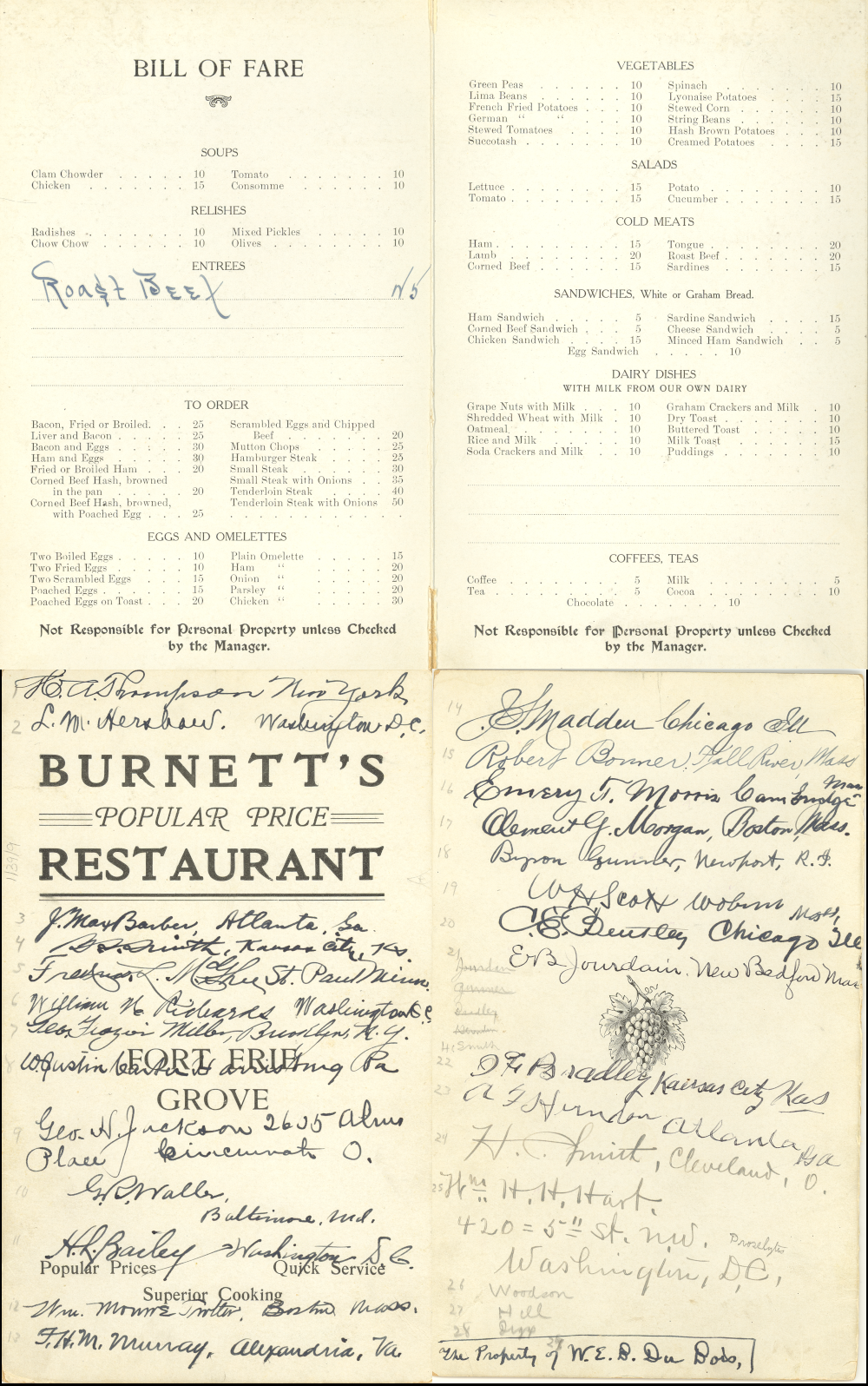 This menu from Burnett's Popular Price Restaurant promises ‘popular prices’, ‘quick service’, and ‘superior cooking.’ This particular menu was appropriated from Burnett’s and adorned with a handwritten list of the attendees of the Niagara Movement, including Du Bois, and where they are from. The Niagara Movement’s twenty-nine delegates came from across the United States – North and South. They met for the first time on July 11, 1905, on the Canadian side of Niagara Falls, at the Erie Beach Hotel, to form an organization dedicated to social and political change for African Americans. The movement’s Declaration of Principles was written by William Monroe Trotter and edited by Du Bois. The Declaration “pledged to stay by the flickering flame of liberty and to seek to educate public opinion to that point where justice will be done the race.”

Although it had a limited impact in 1905, and met only four more times, the Niagara Movement helped give rise to the organization that became the NAACP in 1910. Du Bois was a founding member of the NAACP, but its only black member of the board of directors when he joined. In contrast, the men of the Niagara Movement who signed this menu were all black, hence why they had to meet, and have lunch in Canada. No hotel on the American side would have allowed them to register.