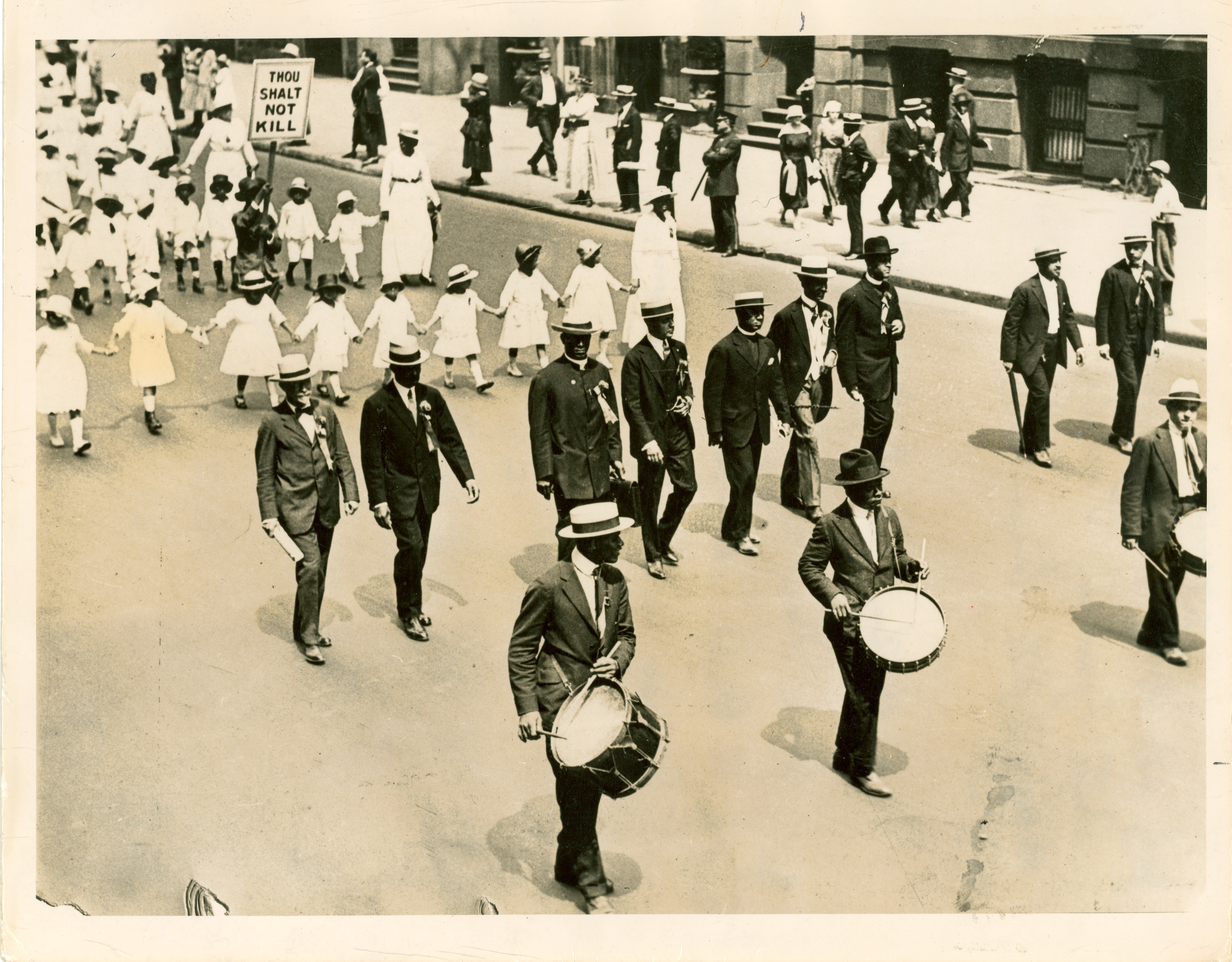 This photo was taken on July 28, 1917 on Fifth Avenue in New York City. This anti-lynching parade was organized by the NAACP. Ten thousand participants marched in the silent parade; women and children dressed in white and men dressed in black. Du Bois is pictured here, second from the right in the second row.

The man marching to his left is James Weldon Johnson. Johnson, a fellow writer and activist, is perhaps best known for writing ‘Lift Ev’ry Voice and Sing’, which is often referred to as the Black National Anthem. Johnson also owned a home in Great Barrington, Massachusetts, the birthplace of Du Bois.

The crime of lynching was the most visible, violent, and abhorrent response by white Americans to emancipation, Reconstruction, and the idea of black suffrage. Most lynchings, but by no means all, took place in the South. Of the 4,743 recorded lynchings between 1882 and 1968, almost three quarters of those lynched were black. Du Bois and the NAACP campaigned tirelessly against this crime, but all too often their protests fell on deaf ears. For Du Bois, a lynching that took place in Georgia in 1899 had a particularly vivid effect.

Sam Hose was tortured, hanged, and burned in April 1899 in front of a large crowd that had assembled from several Georgia counties. Du Bois was on his way to a meeting at the offices of the Atlanta Chronicle when he learned of the lynching. He also learned that Hose’s knuckles were on display at a grocery store, further down the same street. Du Bois never made it to the newspaper office, and described later how he began to “turn aside” from his scholarly work. It was as if, in this sudden moment of violence and hate, that Du Bois realised that “cool, detached” scholarship would not be enough, and that he must turn towards activism, and propaganda.

Du Bois wrote in The Crisis in 1912, “I am resolved to be ready at all times and in all places to bear witness with pen, voice, money and deed against the horrible crime of lynching.”