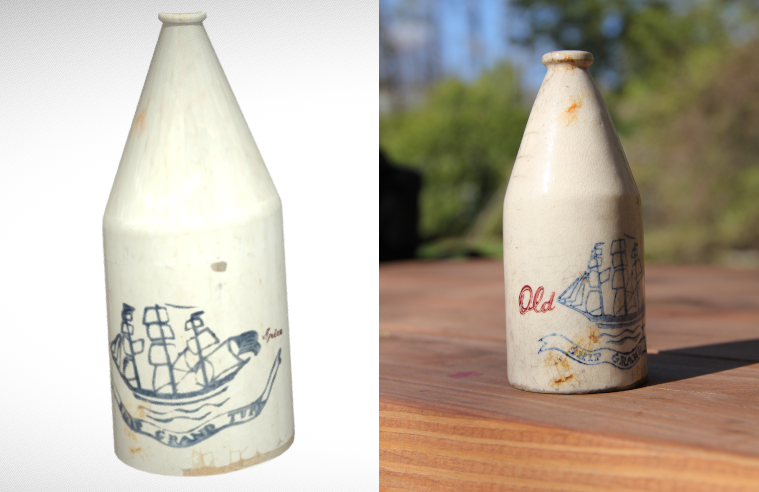 This ceramic Old Spice bottle, recovered from the Du Bois Homesite in Great Barrington, Massachusetts, is one of the most recognizable American products of its time, and is just as well known today.

There is some mystery attached to this artifact, however. This product would not have formed part of Du Bois’s childhood, as the Old Spice company was not founded until 1934. The homesite was unoccupied between 1919 and 1928, when it was purchased for Du Bois as a sixtieth birthday present. This bottle must therefore have ended up at the site while it was in Du Bois’s possession.

Although the house was never rebuilt, he would visit the site often and had plans to rebuild his childhood home. How this bottle ended up at the homesite, no one knows. Could Du Bois himself have left it there or is it just an ordinary piece of trash that found its way onto the property? We will never know the answer, so you can decide for yourself!