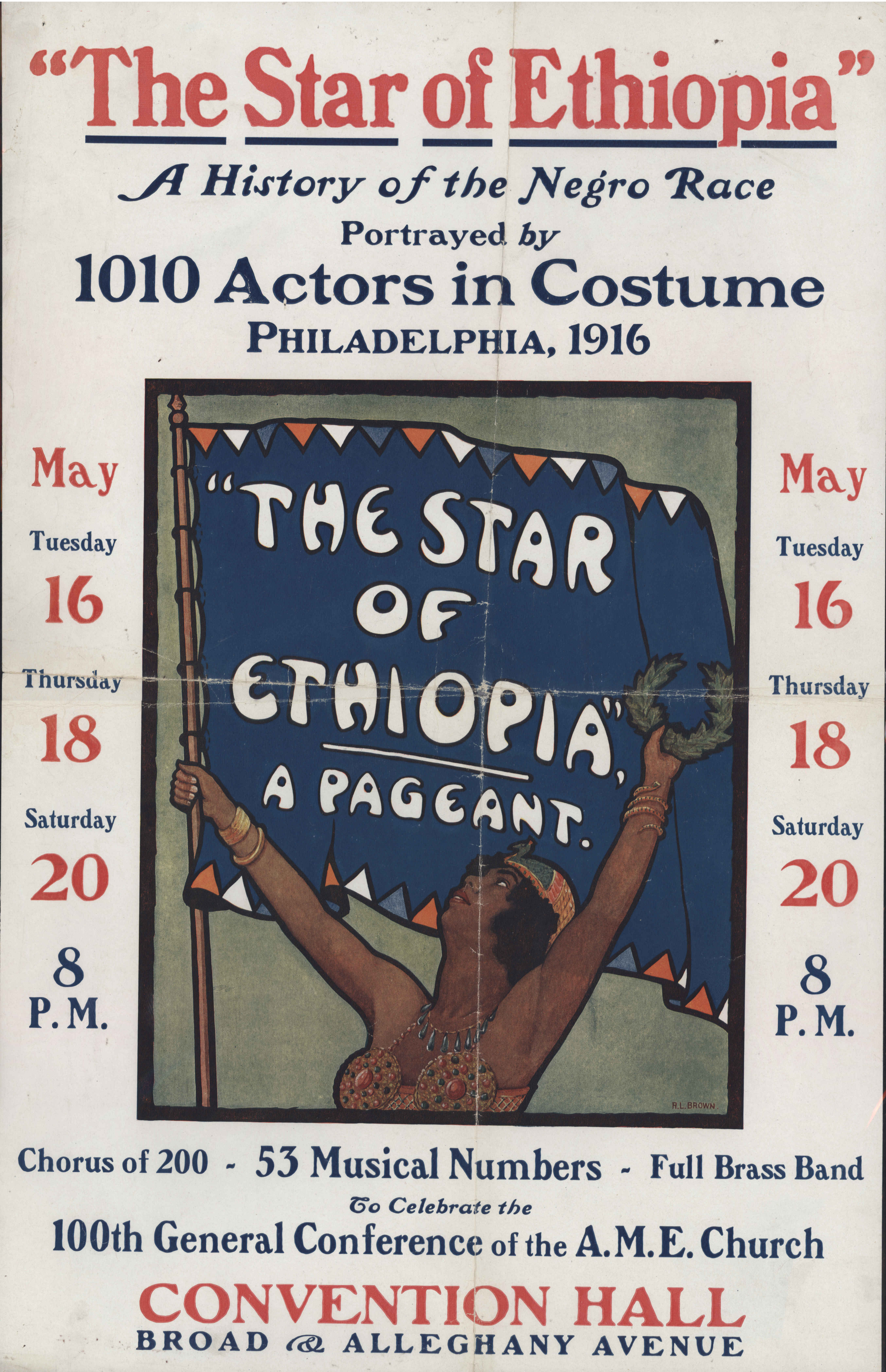 Full color poster advertising the May productions of "The Star of Ethiopia" being performed at the Philadelphia Convention Hall at Broad and Alleghany Avenue. Celebrating the 100th General Conference of the A.M.E. Church.

We mostly know Du Bois today as a writer, a writer of books, poems, speeches, editorials, short stories, and novels. Du Bois, however, also knew the value of a public spectacle and performance.

Du Bois began writing The Star of Ethiopia in 1911, and it was first staged in New York in October 1913 to commemorate the fiftieth anniversary of emancipation. Charles Burroughs provided the dramatic direction, and the music was by J. Rosamund Johnson. Du Bois described the pageant as “one fine and dignified presentation of great facts in simple form, with a frame of beauty and music.”

The pageant had a cast of 350 people, and depicted five epochs in six episodes of African and African American history. It celebrated black history and identity, as well as the glory of ancient Africa. Du Bois knew the value white Europeans and Americans placed on their supposed roots in ancient Greece and Rome. By reworking the traditional classical narrative and applying it to prehistoric African civilisations, through ancient Egypt, and Ethiopia, creating an illustrious historical lineage for contemporary people of African descent.

The pageant was staged four times in New York, playing to over 14,000 spectators. Du Bois staged it twice more, in 1915 in Washington (the performance advertised on this poster), and in Philadelphia in 1916 to commemorate the passage of the Fourteenth Amendment. Historian David Blight writes of the pageant that, “as a theatrical representation of African American historical memory, there has never been anything quite like it.”