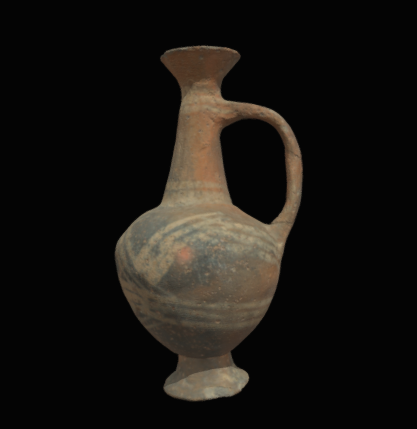 You can find a number of small ceramic juglets throughout the exhibit. The replica here is a slightly smaller version of juglets made on the island of Cyprus more than 3000 years ago. They seem to have been designed to hold precious liquids which could be poured out in small quantities through the juglet’s narrow opening. Some scholars think that this substance was opium, since the vessel resembles an opium poppy bulb. Opium’s anesthetic properties were recognized in antiquity and the drug is mentioned in an Egyptian medical papyrus, around 1550 BC. So far, however, scientific analyses of residues, have not proven that these distinctive juglets contained anything other than perfumes.