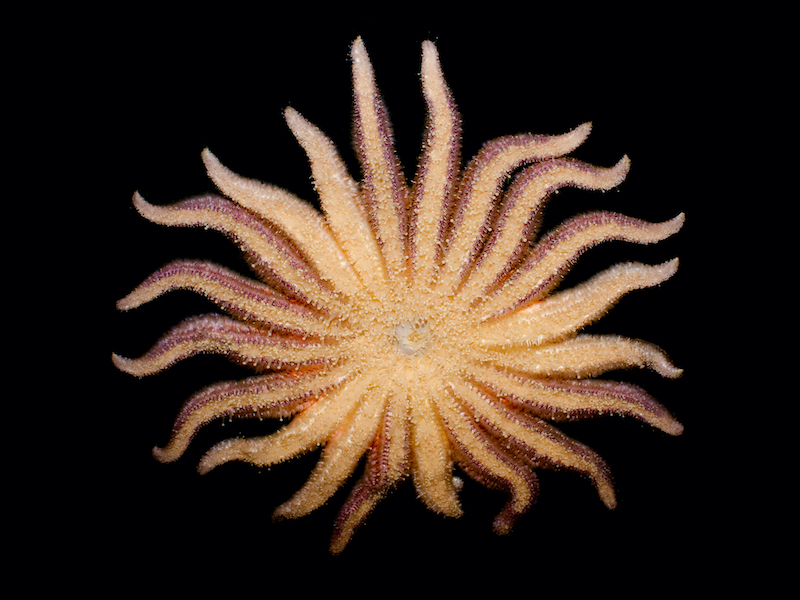 Pycnopodia helianthoides, the giant sunflower sea star, was the most abundant species of star in the Pacific before 2013 when a wasting disease of unknown origin began to infect stars from Alaska to Baja. By 2015 over 90% of them were gone.

Listen to more about Sea Stars in an interview with Dr. Alyssa Gehman, Postdoctoral Research Fellow, Department of Zoology, University of British Columbia, by MLIS students Shelby Deglan and Erin Cox below.

In collection(s): Listening to the Earth