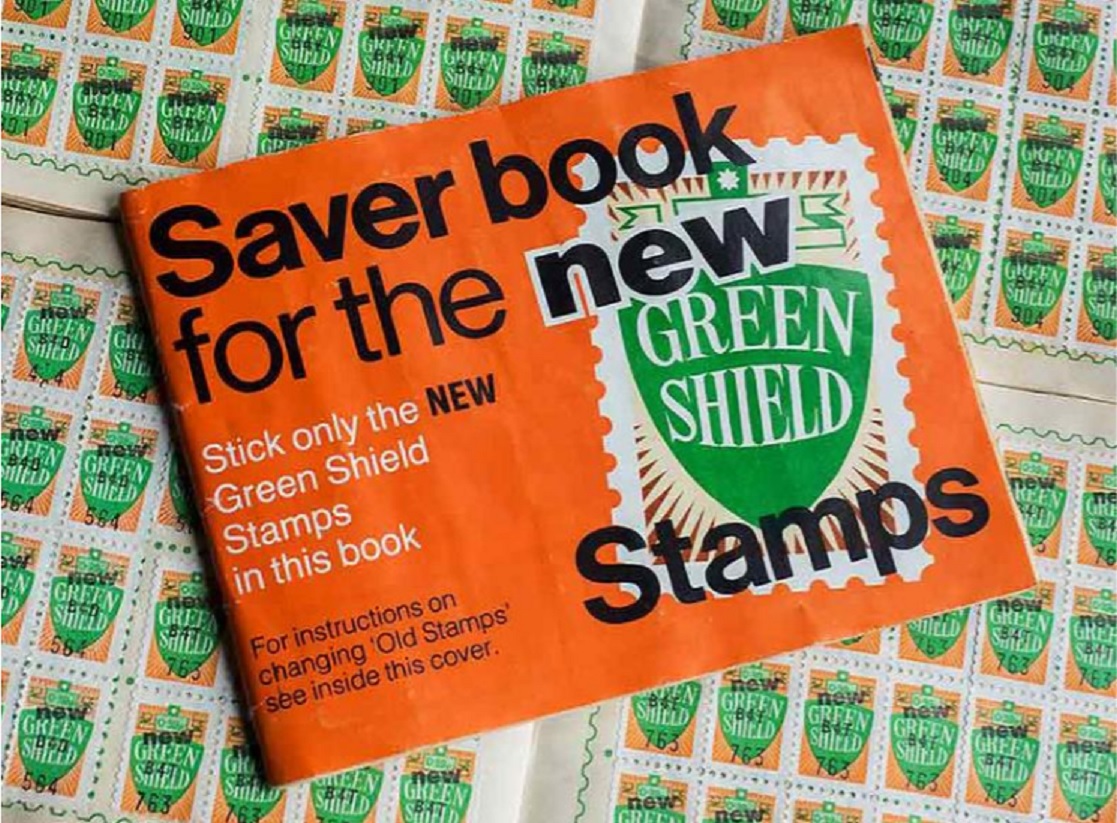 The Green Shield Stamp scheme was introduced in 1958. The aim was to reward shoppers with stamps that could be exchanged for goods chosen from a catalogue. Customers using a variety of retailers were given a certain number of stamps according to how much they spent. The stamps were then stuck into a book, and when enough stamps were collected, the books could be exchanged for goods collected from a Catalogue Shop.

In the 1960’s, one book of 1,208 stamps, could be exchanged for a set of gold-rimmed lager glasses, or a record rack. A set of 3 Pyrex Casserole dishes, or Tower Kitchen scales would set you back 2 and quarter books. As goods became more expensive a larger value stamp was issued which was worth 10 times the original stamp, so collecting enough stamps became easier.  By 1987, a Sanyo Personal  Stereo Cassette player could be exchanged for two books, and an Olympus Compact Camera 20 books.

Goods could also be purchased using part books and part cash, and as the collecting of stamps became less popular, the Catalogue shops were rebranded as Argos. The Green Shield Stamp scheme finally came to an end in 1991.