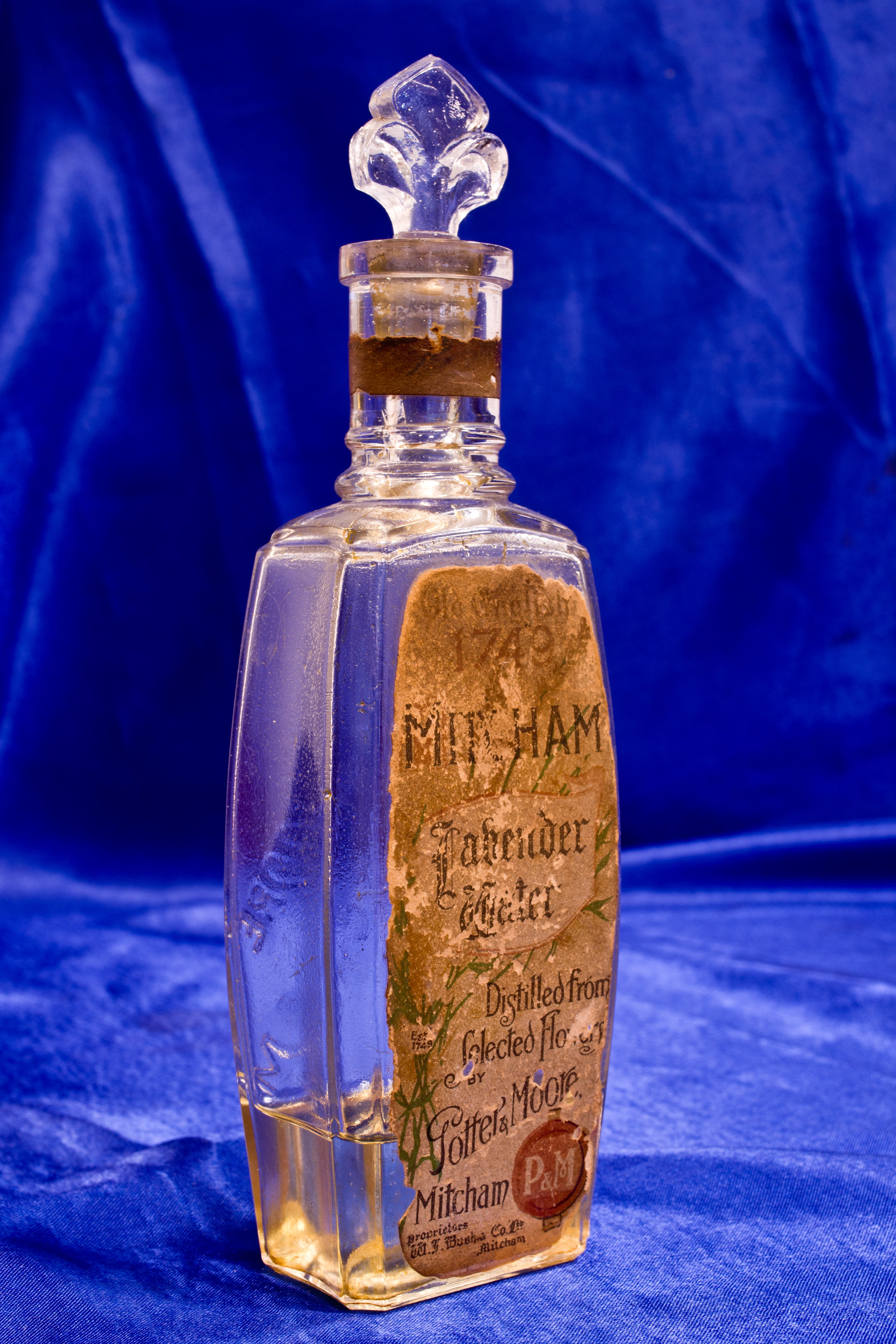 This bottle contains a scent called “Mitcham Lavender,” a unisex perfume created by Potter & Moore, a firm launched over 270 years ago.

Growing herbs like lavender was an important industry in Mitcham from the Tudor period until the late nineteenth century.

The company founded by Ephraim Potter and William Moore became one of the oldest producers of toiletries in England. Both men were descendants of well-known Mitcham families. They were originally gardeners and lavender was their speciality.

They started with a single distillery in 1749, extracting lavender oil. The business flourished and by the end of the 19th century, they had over 500 acres of land growing lavender, peppermint and other herbs such as chamomile, spearmint, roses and pennyroyal.

Many of those harvesting the herb crops worked all day in the fields but were paid very little.

The extracted oils were used in health and beauty products, like this perfume; face powders, lipsticks, bath salts and soaps, many of which were also sold as gift sets.

In 1968 the business was sold to E.C. De Witt & Co Ltd. Potter and Moore, relocated to Cambridgeshire and are still producing a wide range of quality health and beauty products.