Tankard commemorating the Battle of Trafalgar 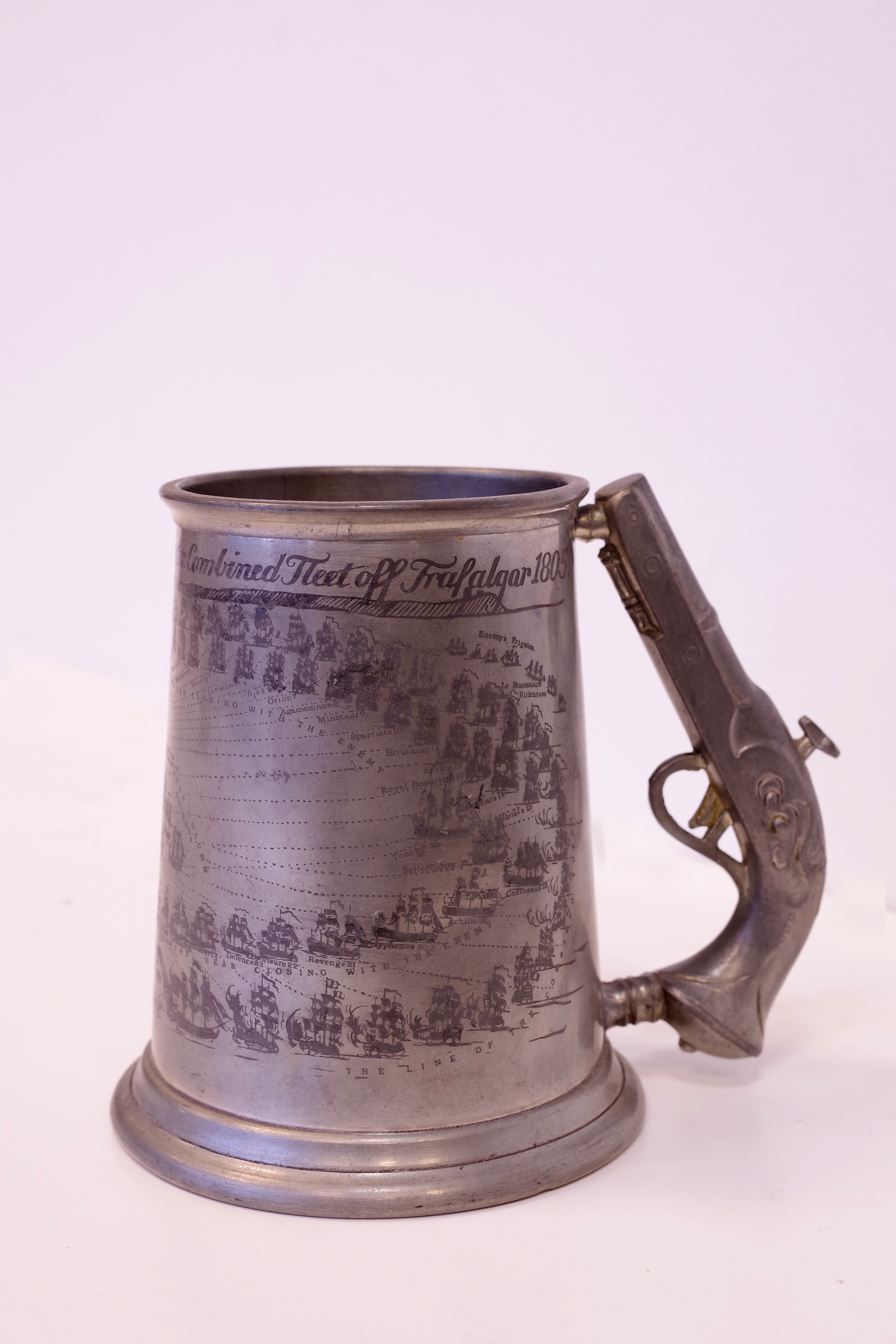 The only home that naval hero, Horatio, Lord Nelson ever owned in his own right was Merton Place, a fine house off Merton High Street. From 1801 he lived there with his lover, Lady Emma Hamilton and her elderly husband, Sir William (who died in 1803).

Nelson was highly regarded by the ordinary people of Merton, although his unusual living arrangements scandalised the local gentry. The time spent at Merton was the happiest period of Nelson’s life and his home was filled with extended family, naval colleagues and friends. Sadly on 5 September 1805, Nelson was summoned back to command the British Fleet in a final battle against Napoleon’s combined French and Spanish forces, leaving behind “dear Merton…and all that I hold most dear...to serve my King and Country.

With its handle shaped like a contemporary pistol, this commemorative tankard depicts the Battle of Trafalgar on 21 October 1805. Although outnumbered, the Royal Navy won an historic victory thanks to Nelson’s tactical genius and the superior training given to those under his command.

Tragically in the midst of battle Nelson was fatally wounded whilst issuing orders on his flagship, HMS Victory. He was buried with great ceremony at St.Paul’s Cathedral and thousands of souvenir items were produced to honour his memory.