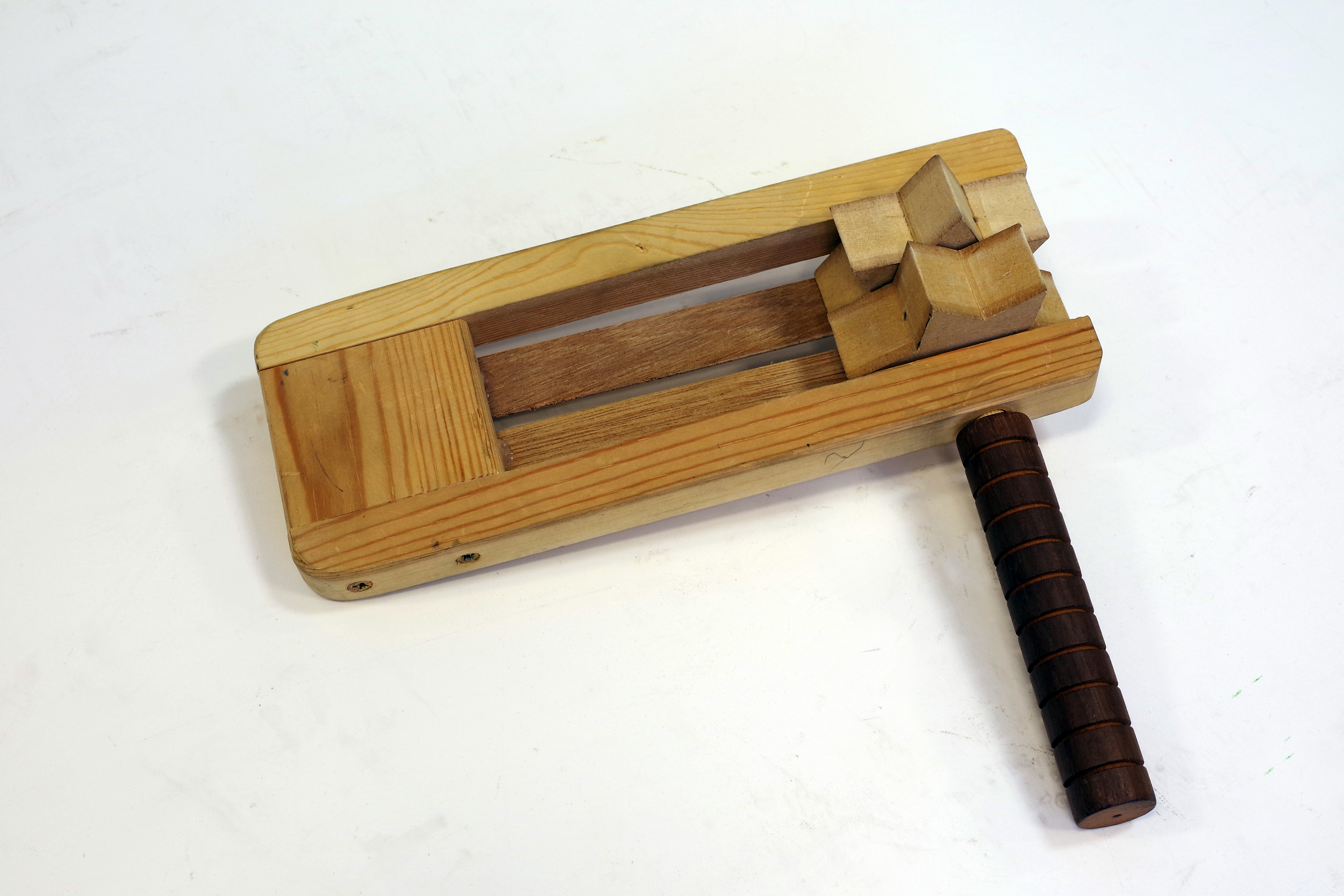 Early versions of this rattle or ratchet are said to have existed since Biblical times, when it was a type of musical instrument. The rattle consists of a gearwheel and small stiff pieces of wood linked to a handle. Swinging the handle moves the rattle head round, forcing the wood against the gearwheel, creating a series of clicks or rattling sounds. The faster the rotation, the louder the noise.

In 17<sup>th</sup> century America, a group known as the Rattle Watch patrolled settlements at night and used their rattles to warn farmers and fellow colonists of danger. In 18<sup>th</sup> century London, early policemen or “Peelers” used rattles to summon assistance. Rattles were also used in the First World War trenches to warn of poison gas attacks and by Air Raid wardens to warn the public of impending raids and the possible threat of gas attack during World War II.

Between the 1940s and 1960s wooden rattles were a common sight and sound at British football matches, including those held at the Plough Lane stadium of Wimbledon Football Club and the Sandy Lane terraces of Tooting & Mitcham F C. Fans would wave their rattles enthusiastically, sing team anthems and chants, creating a wall of sound designed to cheer on the home team and silence their opponents. Rattles were eventually banned during the 1970s, to prevent them from being used as weapons by football hooligans – however by this stage they were already falling out of fashion.