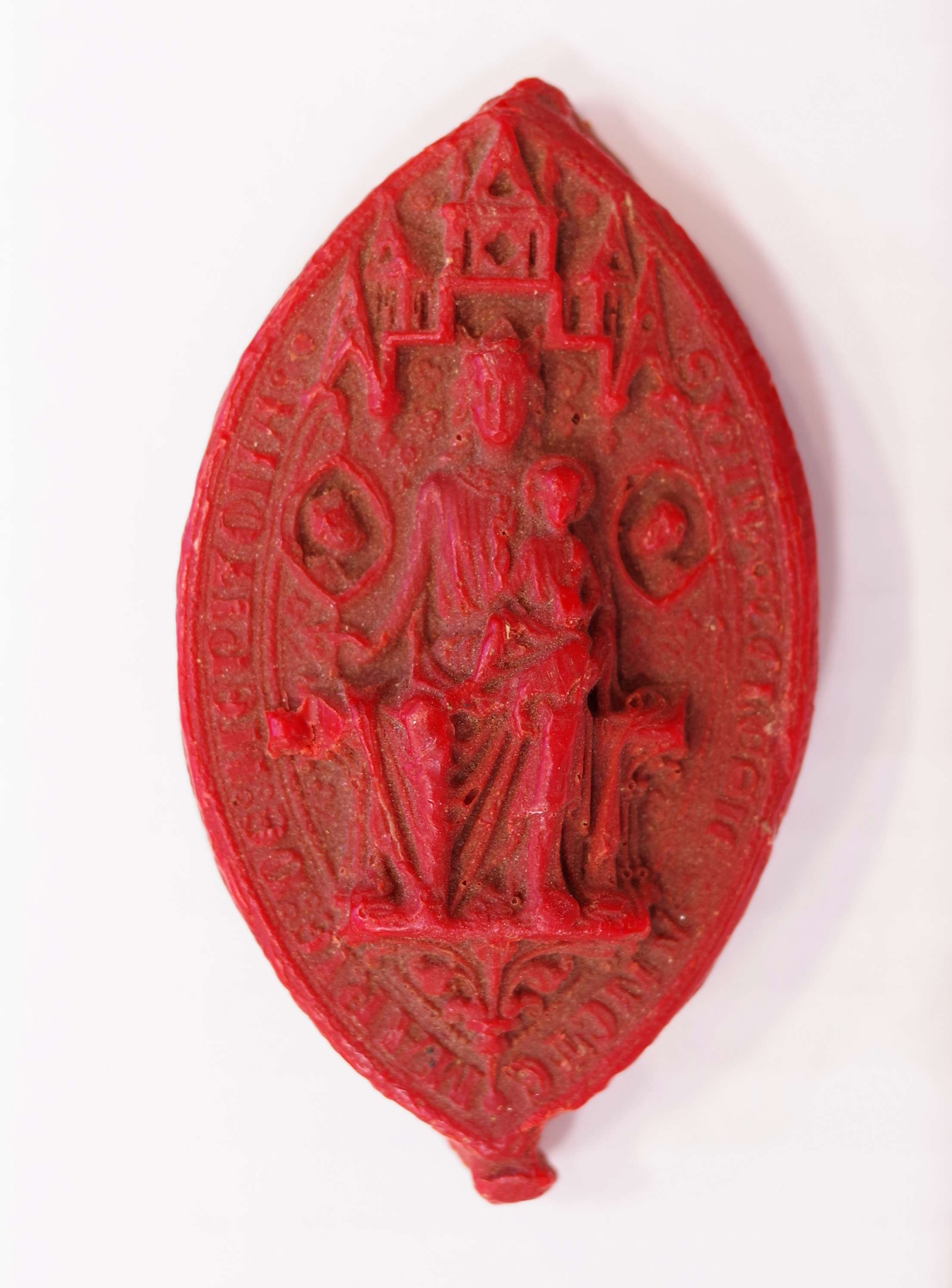 Founded in 1117, Merton Priory was one of the most powerful religious institutions in southern England. Its administrative centre was the Chapter house (the remains of which survive under Merantun Way). Here the Prior and his officials managed the running of the Priory, its work and estates. They produced a large number of documents which were made official by the addition of the Priory Seal .

From the 11<sup>th</sup> century it was common for Royalty, senior clergymen and religious orders to have their own seal or emblem. Engraved into a hard flat surface, the design or Matrice was pressed into soft wax or clay to create a raised version which then hardened. This was either pressed directly on to a document, or attached using a strip of fabric or leather, to authenticate it.

One of the finest surviving Medieval examples, the Merton Priory seal was engraved on a silver matrice in 1241, replacing an earlier design. It shows the Virgin Mary (to whom the Priory was dedicated), holding baby Jesus and a ceremonial staff. She is seated under a canopy, said to represent the Priory itself and flanked by the faces of two watching canons. Her throne is supported by a fleurs-de lys and she is surrounded by tiny roses – both traditional symbols linked to Mary. The “legend” or title written in latin around the design says “The seal of the Church of St. Mary of Merton.”

The Priory seal would originally have been double-sided, with the back section depicting St. Augustine of Hippo, the early Christian Bishop whose teachings were central to the beliefs of the Merton canons.